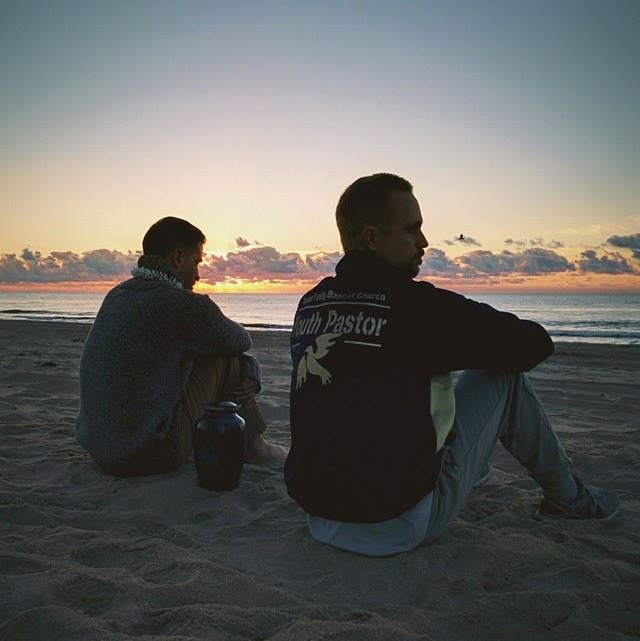 In 2012, researchers Kaufman and Libby conducted a series of studies, adding additional support that viewers who watch impact narratives experience a phenomenon of identification that may result in a temporary shift in one’s beliefs and worldviews.

Researcher Jonathan Cohen (2001) defines identification as the process of losing awareness of the self and strengthening one’s emotional and cognitive connection to a character. Identification allows audiences to vicariously experience narrative events, potentially causing a shift in their attitudes and behavior after internalizing a character’s trials and choices.

Such findings have lead researchers to conclude that Fictional stories are as effective as factual stories in influencing or shifting attitudes and beliefs related to the narrative.

My greatest hope as a filmmaker would be to potentially influence a person’s perspective toward one that is more empathetic toward others.

In R S V P we follow, DEVON, a gay widower, who is attempting to carry out his partner, STEPHEN’s dying wish: to have his ashes spread on his hometown beach in the company of the family that had disowned him long before. Far away for his own supportive family and friends, DEVON does not receive the reply that his Husband had hoped for, and he faces saying a final goodbye alone. Until a single guest arrives at the last moment.

My challenge in writing R S V P was to enrich a very small slice of time, with a very full, detailed backstory. I wanted to attempt to impart the history of these characters as a bread crumb trail, all be it very brief 13 minute bread crumb trail, and try and avoid handing over information via blocks of circumstantial text.

Growing up in Pensacola, Florida,  I observed certain beliefs and practices held by the Evangelical and Baptist community that surrounded me, and these observations helped form this short narrative fiction.

The character of STEPHEN was raised as the eldest son of a prominent Baptist Pastor who held, and preached, the belief that homosexuality was a damnable sin. STEPHEN was a model Christian and an admired youth leader in his congregation. However, when it was revealed that he was gay while he was in college, his farther, having “painted himself in a corner”, saw no other choice than to sacrifice his own son in order not be charged with being a hypocrite. He saw this choice as tough love, as an act that would “wake his son up” and force him to repent and “change”.

This did not happen. Given STEPHEN’s strong personal relationship with Christ, he continued to walk with him, but was forced to do so alone and without the support of the family and congregation which once had supported him. STEPHEN builds a life rooted in affirmation and love and eventual meets his soul mate, DEVON, and they marry.

DEVON’s family, however, was secular and affirming. DEVON supported STEPHEN’S relationship with Christ but never fully understood how he could still hold such reverence for a religion which had ostracized him. STEPHEN, knew in his soul and through his understanding of God’s Love, that there exists a separation between the Love Jesus exemplified, and the worldly manifestation of the church and its practices.

At the time when STEPHEN was disowned by his family, his younger brother, THOMAS, was 13 years old. THOMAS, along with his sisters and Mother, were very much the “flock” to his Father’s “Shepherd”. Despite the incredible amount of pain, heart-break, and havoc that their Father’s decision had on the family, they did not dare contradict the iron fist which had been put down in regard to this issue. Years passed, and when the family received word that STEPHEN had terminal cancer, STEPHEN and THOMAS’ mother could no longer take it – she must be reunited with her son – But their father, having grasped to this “principle” so tightly for so long, had allowed it to warp his conscious and his heart – he mandated that the family would not have contact with STEPHEN – he held tightly to his belief that be doing so they were doing “god’s work” in order to motivate STEPHEN to repent before he dies. Their family- what was left of it- silently shattered.

When DEVON sends the invite for the ash spreading ceremony to STEPHEN’s family, once again, his father The Pastor, instructs for his wife to diplomatically decline the invitation for the family as a whole. THOMAS, the little brother who is now a grown man, is tormented by this. At the last second, while assistant coaching a church youth softball game, makes up an excuse about needing to run a errand. He drives frantically to the beach, not giving a lot of thought as to what he’ll do there – he just knows he is being called. He is being called by God to be there.

If I could sum up what I feel are the most important aspects the this story and what I hope for R S V P to illustrate and impart, it would be the following things:

-THOMAS represents my hope for the current Church, and religion as a whole. He illustrates a shift toward acceptance and love that mirrors the love Christ exhibited during his physical time here on earth.

-THOMAS and his family also represent the pain, destruction, and weakening that have occurred with in Christianity (and many other Religions) – due to the practices of condemning, shunning and expelling many of its brothers and sisters.

-STEPHEN and DEVON represent a union built on love, monogamy, and deep spiritual connection. One that I believe is exalted by God.

-DEVON represents someone who has never had any reason to trust the Church. He has never had the experience of being a part of an affirming, uplifting congregation rooted in God’s love.

– Near the beginning of the film “we”, or the camera, switch perspective to that of STEPHEN’s spirit, observing and reacting to the events as they unfold. At the final moment of the film STEPHEN crosses over into heaven, or at least what my visual interpretation of what heaven might be like. This is something, that not many viewers may pick up on, given that I chose to do this in a way that was not very literal. Regardless, I felt that is was important to illustrate my belief that STEPHEN was not cast out by God for being gay, but instead, he returns to be surrounded by God when he crosses over.