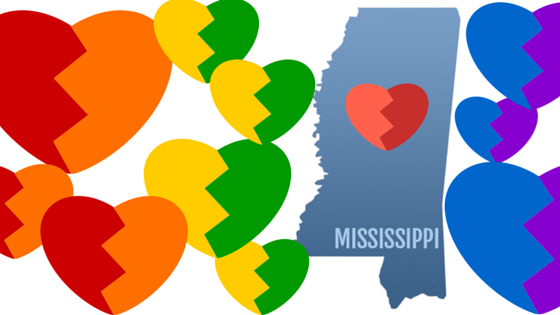 I write this in light of hearing the upsetting news that Governor Bryant of Mississippi signed a bill into law that is breaking hearts all across this nation, and particularly in Mississippi. The BeeNest team recently screened our short film R S V P at the Crossroads film festival in Jackson, Mississippi. R S V P is an allegory that expresses hope for the future of the church to become more affirming of the LGBTQ community. The people we met and encountered in Mississippi were overwhelmingly kind, generous, and gracious, which makes such a bill all the more saddening.

The 1523 Bill is a devastating piece of legislation that  leaves gaping holes open to be abused by those who harbour bigotry in their hearts, and what is the most disturbing and vile is that it allows those individuals and organizations to cloak their discrimination as “religious freedom”. Their hatred and mistreatment of others thereby can not be held subject to the due course of the law. History will not look kindly upon the lobbyists and states and political leaders who write, pass, and uphold such poor excuses of constitutional law.

The legal arguments for why this is a reprehensible piece of legislation fill a list as long as the line will be for the fair-minded businesses to leave such states. But given Bill 1523’s repeated referencing and protection offered to certain “sincerely held beliefs”, I felt it would be helpful to remind lawmakers, and anyone who may be inclined to abuse the loop-holes within this bill, of the Greatest Law, “Love your neighbor as you love yourself.” This – As a Christian –  Above All Else – Should be the most “Sincerely Held Belief.”

Love does no harm to a neighbor. Therefore love is the fulfillment of the law.

We are all in agreeance that Religious Freedom is a profound and indispensable asset to the Democracy of our United States of America. It has afforded us a safety and expression that allowed our country to foster a diverse and rich melting pot that supports moral exploration and spiritual enrichment. This freedom, however, does not equal carte blanche discrimination against other peoples when attributed to a religious belief. The separation of church and state is a two way street which allows for the protection of the church from governmental corruption or coercion, and equally so, a protection of the civil liberties and human rights upheld by our nation’s constitution.

The LGBTQ community, as a majority, does not wish or desire to force religious organizations that do not affirm their same-sex unions to perform their marriage sacraments.  The lobbyists who are writing these bills and planting unfounded fears of unaffirming Pastors and Priests being forced to do so, out of fear of being sued, is frankly ridiculous. A county clerk, on the other hand, needs to be capable of upholding the law, just as a doctor must be held to upholding their Hippocratic oath.

In regard to commerce related services, such as wedding cakes and so on, such bills may protect a bigoted baker from being sued for not making a cake for a same-sex couple, but my prediction is that they will not be so well  protected by the free market. I advice we petition to require such businesses, that choose not to offer services to certain people, to clearly label themselves as such – thereby allowing same sex couples to avoid the pain of being turned away by snide comments or bigoted remarks, and this also acts as a call to action for the community at large. The LGBTQ Community, Straight Allies and other Fair-Minded Businesses will be able to make an educated choice as to where their dollars are being spent, and in their support of ending discrimination, they will be able to consciously support businesses that do not practice discrimination.

When it comes to Landlords, Employers, Health Care providers, State and Federal employees, and a whole host of other service providers in states that pass these “religious freedom” bills – discrimination of any sort should be deemed inadmissible by our federal constitution. The only protection that should be afforded would be for a clergy member to not suffer legal recourse if they choose not to facilitate the marriage sacrament for a same sex couple. The end. The buck stops there.  A religious organization should still be upheld to recognize the legal validity of a state issued marriage license.

Thankfully, there are many clergy members who would gladly, and with the love of God, preside over the sacrament of marriage for same sex couples. And there are many more clergy members and faithful Christians who find the discrimination latent within such “religious freedom” bills to be a deplorable abuse and/or complete disregard of the teachings of Christ.

A truly faithful Christian baker who happens to not yet be capable of seeing the validity of a same-sex union would, when presented with the request to bake a wedding cake for a gay couple, would defer to God and his infinite mystery and wisdom, and know that according to:

For the entire law is fulfilled in keeping this one command: “Love your neighbor as yourself.”

This bill has been labeled with the term “Religious Freedom” yet, with a strong conviction, I observe it to be more accurately described as “ Religious Hijacking which makes Causalities of the True Teachings of Christ”.

Dear friends, let us love one another, for love comes from God. Everyone who loves has been born of God and knows God. 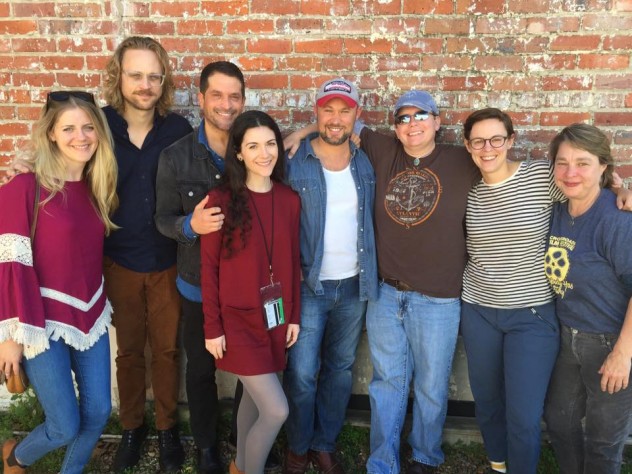