Growing up on the Gulf Coast in Pensacola, Florida, and persuading the neighborhood kids to partake in weeks-long improvised dramas, Shannon knew from a very young age that her calling was to “play make believe”. After graduating with a BFA in Acting from the Conservatory of the University of Central Florida, she honed in on her attraction to film and moved to Brooklyn with her husband, Ryan Jonze. Shannon takes great joy in the collaborative and communal experience of film-making. Bee Nest Film’s producing partner, Watergun Outlaw Productions, produced The Demon Deep in Oklahoma, directed by Lance Marshall, which Shannon starred in as KATIE. During Demon Deep in Oklahoma’s festival run, Shannon received three wins in the category of Best Leading Actress in a Short Film. She has since gone on to act in film and television productions, including James Solomon’s The Witness, Orange is the New Black and New Amsterdam. Inspired by studies linking narrative films with an ability to help shape a person’s perspective and worldview, Shannon worked to apply her years of on-set experience into developing her own projects, the first of which is, Bee Nest Film’s 13 minute short, RSVP, which seeks to build a bridge between the LGBTQ community and conservative Christian community. 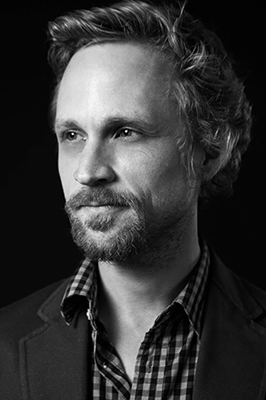 Ryan Jonze is an actor and producer. A former US Army paratrooper, Ryan graduated from the University of Central Florida (Orlando) with a BFA in Performance Studies. While based in New York City, Ryan performed in numerous theatre productions, including Keith Reddin’s New York premiere of All the Rage and the Kennedy Center/Arthur Kopit workshop of Amy Witting’s Day 392. Ryan has also acted in numerous independent short films, features and television productions, including the soon-to-be-released The Virtuoso (with Anson Mount, Abbie Cornish and Anthony Hopkins) The Leftovers (HBO), Law & Order SVU, The Blacklist, FBI, The Good Fight and Netflix’s Jessica Jones and When They See Us. As an actor and storyteller, Ryan strives to bring the same degree of discipline and fearlessness to his craft as he did while serving with the US Army’s 82nd Airborne division.